What Are the Different Types of Truck Accidents? 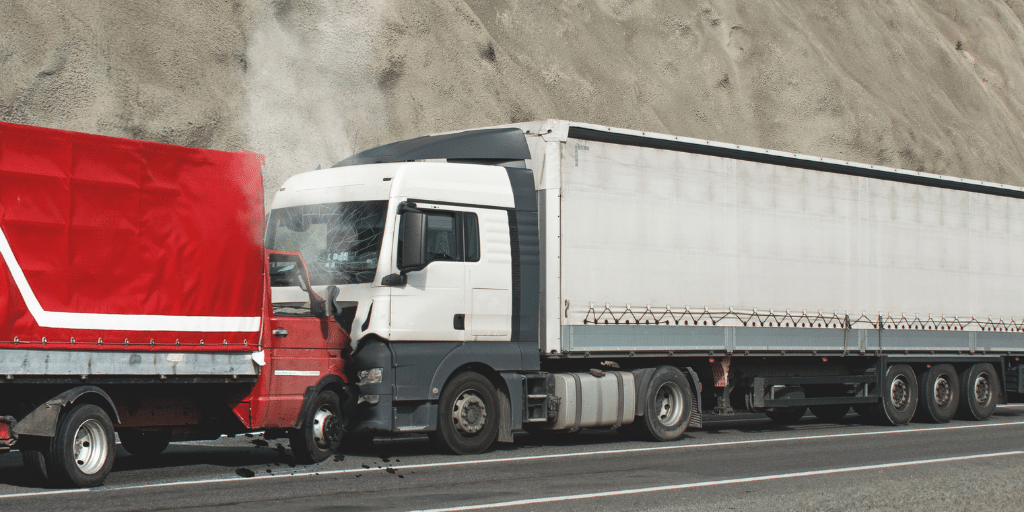 All around the country, commercial trucks such as semi-trucks, tractor trailers, or “big rigs,” are unfortunately constantly involved in collisions with other vehicles. The Federal Motor Carrier Safety Administration (FMCSA) estimated that in 2016, there were roughly 475,000 heavy truck crashes involving police reports, 3,864 of which resulted in fatalities, and 104,000 of which resulted in injuries.

While truck accidents are common all over the United States, Florida is among the nine states with half of the fatal truck crashes. In most collisions, drivers and occupants of smaller vehicles are the most affected, suffering various losses. In just one calendar year, truck collisions led to the deaths of 27 people and the incapacitating injuries of 126 more, according to statistics from the Florida Department of Highway Safety and Motor Vehicles.

The effects of a commercial truck striking the front of a car otherwise known as a head-on collision can be catastrophic. The FMCSA estimates that head-on collisions account for 17.9% of all fatal traffic accidents nationwide, making them the most likely accident type to cause death or severe injury. Head-on collisions can result from numerous circumstances. One of the most prevalent is drowsiness in drivers. Tiredness is widespread for truckers because they typically work long shifts and have full schedules. Unfortunately, drowsy truck drivers endanger themselves and others by choosing to keep driving when they are tired rather than stopping and taking a break.

Rear-end collisions are another accident that when involving a truck, can be just as deadly as a head-on collision. A rear-end collision occurs when a driver hits the car in front of them from behind. They frequently take place in traffic, at stop signs, and at red lights. Slow speeds are where most rear-end crashes happen. However, they can occur at high speeds on highways or on other busy roads. Due to the size and weight of heavy trucks, rear-end trucking accidents can result in severe property damage, severe injuries, and even fatalities.

When a truck driver slams on the brakes or makes a sharp turn, the trailer may swing out and cause the truck to fold, turn, or spin out of control. As a result, the truck may jackknife and collide with other motorists. Jackknife accidents can be especially hazardous because the driver is unable to stop the movement, giving the trailer free rein to plow into oncoming vehicles. Even if other cars can steer clear of the trailer, they could still swerve and collide on their own or trigger a pileup. Jackknife collisions are frequently caused by driver carelessness or mistakes such as slamming on the brakes or making a sudden turn. Inclement weather conditions like rain, snow, or ice storms increase the likelihood of a jackknife accident.

A T-bone collision is another common truck accident, much like a jackknife accident. The term is derived from the “T” form created by the side impact, which happens more often near intersections. A T-bone wreck, also known as a broadside collision, can involve any type of vehicle, but trucks are a particular threat in these incidents. A semi-truck hitting the side of a car while, for example, running a red light or failing to yield at an intersection can result in a devastating crash that could cause death or permanent injury to a driver or passengers.

A rollover is described by FMCSA as an “overturn” of a large commercial vehicle. Trucks roll over more frequently than a standard vehicle due to their placement being higher off the ground. Overloading a truck is another risk factor for drivers that can cause rollovers. An overturn crash is among the worst type for the driver and anybody else involved because they typically happen on motorways, ramps, and other busy roadways and involve massive trucks that can cause unspeakable damage to drivers, passengers, and even inventory the truck may be transporting. In the case of a rollover, attorneys that represent truck accident victims frequently conduct in-depth accident investigations in order to identify an underlying cause and the parties that may be potentially at fault.

What to Do if You Are in A Truck Accident

Regardless of the type of trucking accident, determining who is to blame is a challenging process that requires the assistance of knowledgeable attorneys. In order to help our clients, pursue the maximum financial compensation possible, the Law Offices of Leonard J. Valdes have the expertise and resources to conduct investigations, consult with specialists, and handle any issues with negligence or insurance coverage. Our attorneys are available to review your case and discuss your legal options if you or a loved one suffered an injury in a truck accident. Call us today!